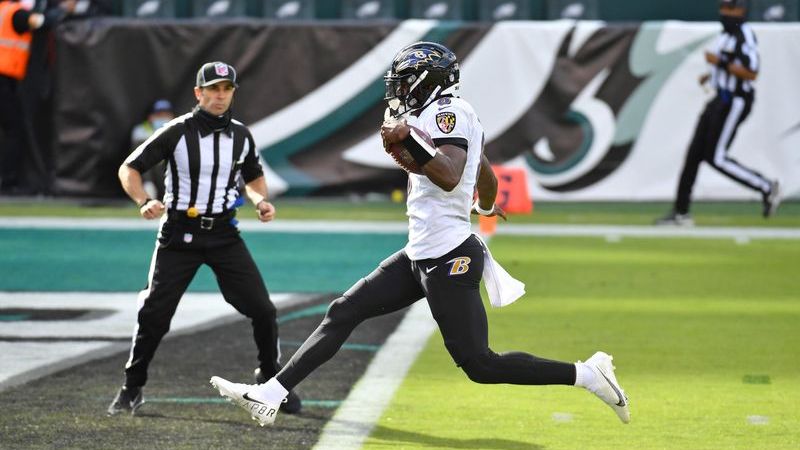 The Baltimore Ravens hurt themselves with penalties in Week 6, but another spectacular running game from Lamar Jackson helped them squeeze out a narrow 30-28 win over the Eagles. The quarterback Sunday was 16-for-27 with 186 passing yards. But obviously, he was highly productive on the ground, too. Of his two touchdowns on the day, […]