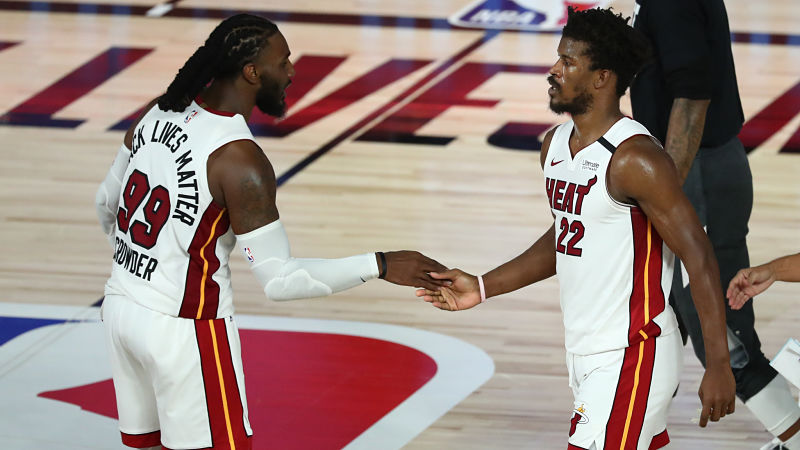 Three Wrong Calls Made Against Heat In Miami’s Game 1 Win Vs. Celtics squib

The Miami Heat on Tuesday eked out a 117-114 overtime victory over the Boston Celtics in Game 1 of the Eastern Conference semifinals, and they apparently overcame some big disadvantages to do so. Three incorrect calls were listed on Wednesday’s Last Two Minutes Report. All of them were to Miami’s detriment, too. The first was […]

The post Three Wrong Calls Made Against Heat In Miami’s Game 1 Win Vs. Celtics appeared first on NESN.com.